Suzanne: That's what you should do, you should be Dinosaur's manager.

S: They don't have any other managers.

K: They have like.. are you kidding? They have a manager in every city! [laughs]

S: It'd be such an easy job though, just to tell them what to do, I think.

S: Yeah but it's easier to do everything than to just do some of it.

K: And have somebody else...

S: And then have somebody else fuck up what you've done by doing part of your job. It's like, easier to just do the whole thing. In some ways, I think somebody like Redd Kross would be easy to manage, cuz they'd just be so like "Well what do we do now?" and you just tell them, and that'd be it.

S: Yeah, right. They don't wanna do anything. 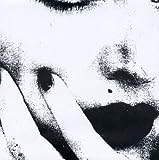