Nothing that's forced can ever be right
If it doesn't come naturally, leave it
That's what she said as she turned out the light
And we bent our backs as slaves of the night
Then she lowered her guard and showed me the scars
She got from trying to fight
Saying oh, you'd better believe it.

Well I'm up to my neck in the crumbling wreckage
Of all that I wanted from life
When I looked for respect all I got was neglect
Though I swallowed the line as a sign of the times
But dealing a jack from the back of the pack
They said-"You lose again"
Oh, I said, who needs it?

Well don't get me wrong now I tried to get on
With the jokers that got in my way
And I put on a smile and I tried all the while to be straight
But they just wanted more all the time and I'm sure
That you know what I mean when I say
That I'm sick of the touch and there's only so much you can take.

Well nothing that's real is ever for free
And you just have to pay for it sometime
She said it before, she said it to me
I suppose she believed there was nothing to see
But the same old four imaginary walls
She built for living inside
I said oh, you just can't mean it

Well there was never a doubt that she had to get out
She was just looking around for a way
In the pit of the night there was nowhere to hide any more
She was out on a limb, she was reaching for things
That she wanted, but just couldn't say
And she had to be sure that she wouldn't get caught like before.

Well nothing that's forced can ever be right
If it doesn't come naturally, leave it
That's what she said as she turned out the light
And she may have been wrong, and she may have been right
But I woke with the frost, and noticed she'd lost
The veil that covered her eyes
I said oh, you can leave it. 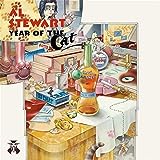 AL STEWART videos - If It Doesn't Come Naturally, Leave It