David Foster lives in Gloucester with his family
Works 'til pay-time, through the day-time, then comes home for tea
Steak and kidney, then with Sydney to his club and feels free
They close the bar, he finds his car and then goes home to sleep
And his wife has been with Rosie, in the parlour where it's cosy
Watching telly, doing dishes, patching pants and making wishes
And he'll say "Bill should have wired"
And "Not tonight dear, I'm too tired"
And life drifts slowly by in the provinces

Peter Foster goes to Gloucester for his first school day
Bites his teacher, sees a preacher and is taught to pray
Sees some birds and learns some words it's very, very rude to say
Yes, he's rather like his father was in his young day
And his father has discussions, holding forth about the Russians
"Will the Red Chinese attack us?"
"Do we need the Yanks to back us?
"And in bed she feels his shoulder, but he grunts and just turns over
And life drifts slowly by in the provinces

Wedding rings come with strings but love depends on the little things
"Oh could that still be really you?"
"Is there anything time can't do?
David Foster's been promoted, he's a decent sort
Peter's gone to Dad's old Public School, it's good for sport
They've even got a private parking place down in Huntingdon Court
Maybe soon he'll be a magistrate, the neighbours thought
Yes, and then he'll teach the beatniks
And the hang-around-the-streetnicks
And the good-for-nothing loafers
Who knock girls up on their sofas
And his wife is quite nice, really
Though she seems a little dreamy
Recently...

I was born and brought up on the east side of town
And my earliest days they passed quickly
I would play after school with the kids all around
In the sun and the dust of the back streets
Oh, all through my girlhood the war had its day
And my daddy he would always be leaving
So my brother and I we would sit by her side
Telling our tales through the evening
Oh, I grew with the days and the boys came to call
In the back shed I learned about kissing
But I don't think my mother has noticed at all
For we've heard that my daddy is missing
Then my school days they were over and I went off to work
And my mother grew quieter and greyer
So one day I left her and went off to live
With Billy, a saxophone player

In our broken down attic we laughed and made love
And all that we had we were sharing
Oh, we slept through the day and played into the night
God, we did as we pleased without caring
Oh but a year's passed away and he's left me one day
To play in a far away country
And the sun told my eyes "You've got no place to hide"
As I waited to be having his baby

Oh I lived in the park and the men passed and stared
Each wondering which one had lost her
And one came to ask could he buy me a meal
And he said he was called David Foster
We were married that month and I swore to myself
Somehow I'd pay back what I owed him
Cooking his supper and cleaning his boots
Yes, and kidding myself I could love him
Oh, but now my baby is grown and he's gone out to school
And he looks very much like his daddy
And David has buried himself in his work
And the time on my hands, it hangs heavy

Oh, the neighbours they smile as we pass in the streets
And they make their remarks on the weather
But the butcher and baker deliver things now
And I've stopped going out altogether

Oh, I live by my mirror and stare in my eyes
Trying to make out who I see there
But I'm looking at a woman that I can't recognize
And I don't think she knows me either
There are lines on her face and her hair is a mess
And the light in her eyes it grows colder
In the morning there's nothing will change, ah but yes
I will be just a little bit older 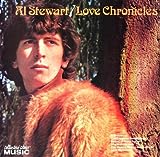