As we were talking outside, it was cold
We were shivering, yet warmed by the subject matter
"My wife is in the next room
We've been having troubles, you know
Please, don't tell her or anyone, but I need to talk to somebody"
You said, "Wouldn't it be a shame if I knew how great I was five minutes before I died?
I'd be filled with such regret before I took my last breath"
And I said, "You're willing to tell me this now, and you're not gonna to die any time soon"
And I said, "I haven't been eating chicken or meat or anything"
And you said, "Yes, but you've been wearing leather", and laughed and said, "We're at the top of the food chain, and yes, you're still a fine woman"
I cringed

We left the restaurant where the head waiter, in his 60s, said "Goodbye, sir
Thank you for your business, sir
You're successful and established, sir
And we like the frequency with which you dine here, sir... and your money"
And when I walked by, they said, "Thank you too, dear"
I was all pigtails and cords, and there was a day when I would've said something like, "Hey, dude, I could buy and sell this place, so kiss it"
I too once thought I was owed something

I too thought that, when proved wrong, I lost somehow
And I too once thought life was cruel, and it's a cycle, really
You think I'm withdrawing and guilt-tripping you
I think you're insensitive, and I don't feel heard
And I said, "Do you believe we are fundamentally judgmental, fundamentally evil?", and you said, "Yes"
I said, "I don't believe in revenge, in right or wrong, good or bad"
You said, "Well, what about that man that I saw handcuffed in the emergency room, bleeding after beating his kid, and she threw a shoe at his head? I think what he did was wrong and I would've had a hard time feeling compassion for him"
I had to watch my tone for fear of having you feel judged 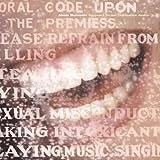 ALANIS MORISSETTE videos - I Was Hoping