I was staring at the clouds, the rain began to fall softly
Filling up the rivers in Texas
And I thought of you and maybe you once thought of me
We were changing
And we kept changing

We were standing on the shore, facing an open sea
Listening the sound of the waves breaking
And I turned to you and said "we should never leave"
We were changing 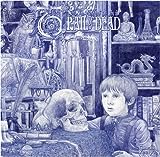 ...AND YOU WILL KNOW US BY THE TRAIL OF DEAD videos - Bells Of Creation