The plans, of a race gone mad
A final solution to pass
All dreams are taken from their lives
No hope for the young all the old realize

Six million lives on the hands of heads of state
They followed orders from above
Then one man when all was lost
He took his life, he'll never pay the price 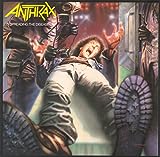