Ooh no way. How does it feel
To been bit by the snake, left without a meal
You know the stakes are high
When you hear her cry
She'll keep pushin' and pushin' til she makes her mark

I tried to hit on the beat
I got mesmerized babe, I fell to her feet
She can steal your soul, with her mind control
Fighting for air
Was all worthless despair 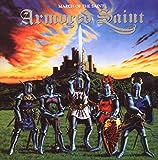