[Verse 1: Slug]
It doesn't matter who you are
You're just another superstar
Everybody gets to shine at the hotel bar
With the fireflies that fell in the jar
Ain't even trying to get free
Buzzin' around is fine with me
That's why I keep one eye on the clock
The other eye on my drink
Make it link like a lock, the timing is key
Got my hands tied up still climbing this tree
So can't none judge what my crisis might be
Everything will even out when I finally sleep
Tipsy dreaming about being a pirate at sea
Huh, I hear the sirens singing for someone else to listen
Got me thinking I avoided a bullet
But a lot of my vision was under blurry conditions
I watched from the top of a volcano of bullshit
Which came first, the thirst or the curse?
Most can't distinguish which one is worse
Bartender in the tuxedo shirt, with the sleeves rolled up
'Cause she's seen enough dirt, whatever
Look, I don't know if the ocean is close but
I'mma keep going til I no longer float
Aight, So quit trying to micromanage my emotions
Keep the glass half full or keep the tab open
Last call for alcohol protocol
The television that's attached to the wall
It show a basketball game with the volume off
And I don't know who's playing but I know I'm not
It goes

[Verse 2: Grieves]
It doesn't matter what you think
Either way it's all relative
The buzzing from the neon lights
Is like a sedative, I follow it
Into outer space like an Apollo ship
Coasting off the bottom shelf booze and the klonopin
I'm lost, wrote my room number on the fob
Put a dollar in the jukebox, ordered up a shot
Now everything is frozen just floating flickering dots
As we fade into the night without ever giving it thought
But that's the idea, we don't come for the atmosphere
The food's shitty, the cable's blurred but I'm happy here
We're all alone but ain't nobody keeping tabs there
'Cause misery's a meal that's served better with a glass of beer
Yeah, so fill it up and let me sulk
Smelling like whiskey and complimentary soap
It's the same four bars in every city I go
Surrounded by fireflies just trying to find their glow 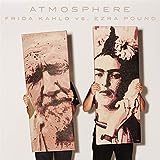