Rarely the rare are seen in the ocean of chaotic reality
This lighthouse gives direction, caution, and awareness
In the dark and distant, this man is still seen
His fierce devotion to what He believes is true
As He feels the weight of this collapsed nation

His grace is such a blessing
Surely it's something to write home about
Its presence never recognized while life passes by
Never stopping to thank you
"Be calm. Just sleep. Let your Heavy spirit rest its knees
You've been running for so many years", He says to me
He says to me

Rarely the rare are seen
What's seen as defeat is His philosophy
Better to be a one-man army than a cavalry hurdling the weak
He brings comfort to the masses in the name of compassion
His merit, His amour, clears the path for the broken down and defeated
To see the masterpiece that's painted in our names 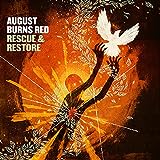