[Chorus: Paul Banks]
I can't hardly feel your love
It all just seems so real I could be dreaming through my gold eyes
The cypher is incomplete, I am done
If everything is real I could be speeding to a cold sun

[Verse 1: RZA]
Have you ever had this feeling
Once in your life
In which you like a girl so much you wish that she was your wife
But she's not your girl, she's barely a friend
Just someone you see every now and then
Although it seemed impossible my heart has been touched
By this girl who I desperately want in my clutch
As time goes on I got to know her
And the love that I had inside I had to show her
She had a man but we had brunches together
The waitress had a hunch that we wanted each other
And yo she was right by the end of the night
We satisfied each other's appetite like...wow

[Bridge: Paul Banks]
I can't hardly speak my love
You truly were unique I should have seen you to the good times

[Verse 2: RZA]
Caramel complexion, we had a strong connection
But somewhere we went the wrong direction
On long walks I would stop to listen to the sound of the city local street musicians
She lost interest cut me off mid sentence
The rain storm grew to a tempest
The light at the end of the tunnel was a train
The shock at the end of the rumble was a pain
We stumbled, but who could we blame
The oxycontin, weed, alcohol, or cocaine
We pushed our limits in the streets of Venice
Paris is for lovers we only stayed a minute

[Verse 3: RZA]
8 years later in the hotel lobby
I'm multi-platinum everybody lovin' Bobby
And I saw her, still had some feelings for her
She looked lonely and lost I heard her man divorced her
I took her upstairs to my room and I tossed her [2x]
And all our past desires that rushed before us
But when I looked into her eyes, she lost the aura
Wow... 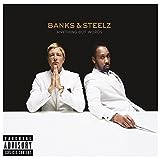