Now you're in trouble, maybe she's an intellectual
What if she figures out you're not very smart
Or maybe she's the quiet type who's into heavy metal
Boy, you got to get it settled
Cause she's breaking your heart

She looks sleek and she seems so professional
She's got a lot of confidence, it's easy to see
You want to make a move
But you feel so inferior
Cause under that exterior
Is someone who's free

But times have changed
Things are not the same, baby
You overcame such a bad attitude
Rock and roll just used to be for kicks
And nowadays it's politics
And after 1986 what else could be new 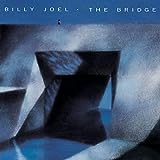