Toe to toe, touch and go
Give a cheer and get your own souvenir

Straight ahead, gotta knock em dead
So pack your kit, choose your own hypocrite

Nobody knows the meaning of the word 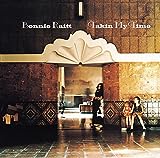