Amazing how back then fame was more important than business, like

Yeah, you know, that's what I was explaining to someone
I said I didn't mind getting jerked, because I was like, I just want my record on the radio, I just wanna shoot videos

And get it poppin'

I just wanna get poppin', look I don't care, take my publisher, I don't know what that is anyway
You know what I'm saying?
Like just take my shit so I can have a video and songs on the radio, I'll figure it out later

And then the next album, I'll start and I'm like damn these checks saying like the checks I'm used to niggas seeing
I might be unable to get 4 or 5 cars or jewellery or things I wanted to get, so I'm like let me figure what's the loophole in this shit. Why I'm not winning

But isn't it crazy that it makes you question what kinda friends you had back then, because they weren't telling you how how the business was running and they were just

See that goes to show, maybe they wasn't never really my friends 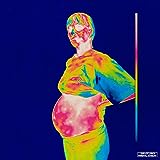