When it comes time for leavin'
Don't stand in my way
There's nothin' left for me here
Gonna run, run away 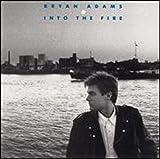