Well I got a couple buddies playing football in the pros
And I know this guy who owns a whole dang beach in Mexico
There's some with good looks, some with brains, some rolling in the dough, but ya'll trust me, I'd rather be lucky
Now you can win a power ball with a million in the pot, then go on in with an Ace and King and hit a straight flush on the flop
You can sit here on this creek bank with a girl this hot, man that's plain lucky

There's some with good looks, some with brains, some rolling in the dough, but y'all trust me, I'd rather be lucky
Well my baby's one in a million fellas, and I tell you that's the truth

So while you're out searching for one that's sweet and smart and sexy too
I'll be home sipping a cold one for you, here's to hoping you get lucky
I hope you get lucky 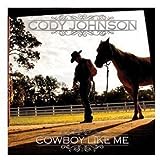