Wild Bill was born in Illinois on dry and fertile land
Pioneer of pistol ears and a dead shot with each hand
Claim he was the quickest, there's few who'd ill-agree
If you were yet to saw this plainsman draw, still breathe like you and me

He led a stagecoach freight team in his early days of life
One evenin' on the Western Trail, Bill took the air of night
And who should come upon him, but a bear whom he'd awoke
Wild Bill produced his bowie knife and fashioned a new coat

Kansas prairies he knew well and wild Missouri too
Come 1861, Bill donned the Union blue
Not unlike his daddy, he'd seen old man in bonds
Every man in Jimmy Lane's brigade, of Hickok they were fond

While a marshal in Abilene many Texans came to call
Phil Coe told John Wes Hardin, "Wild Bill has got to fall
"He's a cruel and brutish yankee, and if you don't then I will"
Wild Bill put down Phil Coe, Wes Hardin's livin' still

He met his fate in Deadwood inside Tom Nuttall's place
Amidst a game of poker, holdin' Aces and two Eights
When up stepped from behind him the Coward, Jack McCall
The slug ripped through his auburn hair, poor Wild Bill never saw 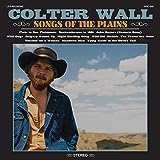