Merciless nature, human and mother walk this land
Each through the arm of the other
Their tithe they count in millions
In a Land that loves its villains 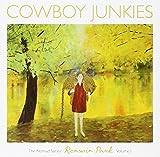