Oh come on
Close the city and tell the people that something's coming to call
Death and darkness are rushing forward to take a bite from the wall, oh

Kill the spirit and you'll be blinded, the end is always the same
Play with fire, you burn your fingers and lose your hold of the flame, oh

It's over, it's done
The ending began
If you listen to fools
The mob rules

You've nothing to say
Oh, they're breaking away
If you listen to fools

Break the circle and stop the movement, the wheel is thrown to the ground
Just remember it might start rolling and take you right back around 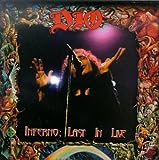