It is surely time that the speech of the Black culture of America be recognized
As a genuine dialect of English. It is in every sense of the word...
Yeah, uh, uh, uh

Allen with the picked 'fro, answer in the outlet
Alley-oopin' all the shit home
Powered-up, out for the assist
Don't panic when it get cold, we go at it, ho
How you want them ribs smoked, family? Uh
Ten toes, know you on your shit already
Big stone, granite and your fist balled
Standin' on the strip
Don't panic when the pig come
Scramble, get the big tall fetti, and then get home
Tally up-tally up the wins though
Don't think he said he pro-violence
But it's gon' be your problem if he did, though
I lived out the way, aye
Palace where the Crips stay
Silent when the pigs came browsin' in his shit
Bang like two mallets, too callous for your bitch taste
'Member when they had my grandmammy on a drip drink
How much of that gin straight? Could have filled a fish tank
My doggy hit my cell, say he got me off the strength
Ask him, "That's just how it is?" say
"You die and then you live, huh?"
Your heart and then your limbs break
Just catch me when I slip, bro
What's poppin'? Like a hip bone
I told you, these niggas passin' like the Citgo
We passin', niggas know we keep the gas inside the spliff roll
The wind get the ashes in the end, bro
We been took your pass and your credentials, uh
Bad apple, daily clashin' with my kinfolk
Bad acid did damage to my mental
Show you right, it took some passages to get grown
They been called me savage from the get go 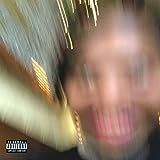