The pessimist says," Things are as bad as they can get.
That's just the nature of the universe."
Then the optimist says," Oh no, now don't you fret;
I'm sure that things can get much worse! "

Every livin' creature has a right to sing the blues
'Cause it's a problem just to be alive
So whatever shape you're in, or the color of your skin
Just remember when those aliens arrive

So come on down
Um-hum, Yea-ea-ea-ea-ea-eah
We've got more than enough blues
To go around 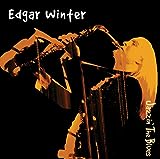