Now that you set everybody free
What are you going to do about me?
Don't want to be treated like some poor grateful clown
I'd rather go back to the sweet underground
Where I can tell by the colour of my skin
And I know my neighbour 'cos he's the one, yes he's the one
Who always turns me in
A woman works the tunnel in the middle of the night
Picking up every lost object in sight
Handbags, toupees, lost legs and fingernails
The black market eats up all your failures
Her transistor offers no salvation or regrets
No pool, no pets, no cigarettes
Just non-stop Disco Tex and the Sex-o-lettes

[Chorus:]
There's no name, no name for the place or pain we'll cause you
again and again
If you do not co-operate with the Invasion Hit Parade

They're hunting us down here with Liberty's light
A handshaking double talking procession of the mighty
Pursued by a T.V. crew and coming after them
A limousine of singing stars and their brotherhood anthem
The former dictator was impeccably behaved
They're mopping up all the stubborn ones who just refuse to be saved 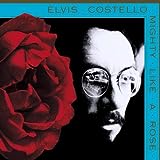