Yeah Renegades is back and the beat is sick,
Jay Z, Freeway, 8 Miles,
Let's go...

8 miles and running, got my 7 album droppin',
And my 8 album coming,
Feedin a thousand growling stomachs,
But I could rewind the counter ta back, back,
When it was now or nothing,
People said I would amount to nothing,
That I had time for nothing,
Said I wasn't from the valers
Or the sellers by your gunman,
I can see the folks now he got what he had coming,
Now that my 8th album's coming,
Everybody smiling wanting something,
Claiming that they done something for em,
Got Jay Z and pom poms in they whole uniforms,
Claiming they be running and telling everybody like Martin Lawrence,
About how hot my rap performace was before I was who I was,
Claimin that they threw it up before I threw it up, you what...
Where was you before I blew this up,
I didn't see you in the courtroom when everyone was suein us,
I didn't see you in all black when everybody was suitin up,
Back on the block, kickin it in and it was no you with us,

6 miles and running in the pontiak,
6 thousand 86 trans mic shift,
While the engine run,
Anyone turn around
And give me one more chance,
Let 'em smoke and scream 'em one more grams,
So I'm a bring them, homie, son and my pop,
Stick close to my momma, keep toasters for drama,
Mix alot with my son, my son growin' and he learnin alot,
That's what I'm toastin, that's what I'm burin, so pop,
Right on your own, rell 'em nigga, tell 'em nigga,
It's like a biblical scripture,
Look back turn to salt like the sinners
And most y'all heartless and self-centered
Like me shaggin, me shack,
Set up your brother 'cause you tell us nigga,
Heat back, uh, like, you never love for never
And cops watch every step, 6 miles and running
Dodge in every trap, the rap ginger bread man,
Cherish every precious breath, stat pick a second gat
Uh...

Back when nobody would find me a talent,
Nobody would sign me, nobody believed in me,
Nobody but mommy blindly, but how could she deny me,
Me being the youngest friend to come up out of her,
Tell me, she got every love for me,
When niggas would worn me the industry shun me,
That's why I'm taking all the industries money,
Revenge is sweet honey, we run this,
Young is the illest, free is the future,
Beans and bleekers right now,
We can see our 8 miles nigga... 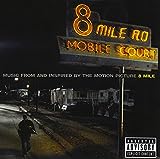