GEORGE THOROGOOD AND THE DESTROYERS
"Cops And Robbers"

I was driving home on the Boulevard late one night
When I spied a cat over at the corner
Thumbin' all alone
Now as I passed him by
I heard him holler out "Hey!"
I slowed down to see what he said
He hollered, "Mmmmm, by any chance you goin' my way?"
I said "Why sure, baby, hop in and gimme a cigarette."
Just then he reached down in his pockets
And that was the moment that I regret

He hollered, "Reach for the sky!"
I said, "But I don't understand you, sir."
"Don't give me no monkey business,
This is the stopper in my hand."

Again, he says, "Uh, looky here,
You see this here I got in my hand.
This is a thirty-eight pistol
Built on a forty-five frame,
Shoots tombstone bullets
And a ball and chain.
He said "Now, I-I-I-I ain't tryin' to shake you up,
But, b-b-b but I just want you to know
If the cops start to crowd me in
Then you gonna be the first to go.
Now looky here, don't even look back.
Just drive on just like nothing happenin'.
That's when he said, that's when he told me,
He said, "Don't even look back or nothin'"
He said, "Uh, now when I get to that red light..."
He wanted me to go to my left
And then jump back to my right
He says, "Now, uh, I want you drive up in that alley,
N-n-n-n-not that alley, that alley over there!
And pull up behind that liquor store,
And keep a sharp look out at all times
While I sneak in the back door."
That's when he told me,
He said, "Uh, keep you foot on that gas,
And always be on gaurd,
'Cause when I come runnin' out of there
With all that money..."
He wanted me to mash down on it real hard
He said, "Now, uh, don't let me come out there
And find me a double-cross,
Because I murder when the heat's on.

He said, "Reach for the sky!"
I said, "But I don't understand you, sir."
"Don't try no monkey business,
I gotta stopper in my hand."

Wooo-weee, I was just sittin' there, just tremblin'!
Just then a spotlight hit me dead in the face
And this great big Chicago cop behind me said,
"Uh, move over a little bit, baby,
We gonna take your place."
Just then this guy come runnin' out of the liquor store
With all that money in his hand.
He said, "Oh, there you are."
He made a mistake in the dark
And leaped in the police car.
They put the handcuffs on him
I said, "Child, your crime must have outgrew him!"
And then they said, when the drove him away
"We gonna put you so far back in jail this time,
They gonna have to pump air into him."

"Reach for the sky!"
I said, "But I don't undertand you, sir."
"Don't give me no monkey business,
This is the stopper in my hand." 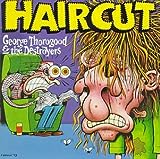 GEORGE THOROGOOD AND THE DESTROYERS videos - Cops And Robbers