Look out boys, 'cause I'm a rollin' stone
That's what I was when I first left home
I took every secret that I'd ever known
And headed for the wall
Like a wrecking ball

Standin' there, in the morning mist
A Jack and Coke at the end of my wrist
Yes, I remember when first we kissed
Though it was nothing at all
Like a wrecking ball 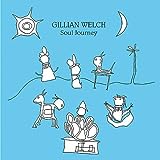