He washed all the road dirt from his face and from his neck
And sat down at her table and she picked up his check.
And she took him home for reasons that she did not understand.
And him, he had the answers but did not play his hand.
For him he knew the taste of this wine very well.
It all goes down so easily but the next day is hell.

Morning - "Man was I drunk," she wispered in the shower.
While he lay there and smoked his way there through the final hour.
And she felt wholly empty like she'd felt it every time.
And he was feelin' just the same, 'cept he was tryin' to make it rhyme.
Time was of the essence so they both did their best,
To meet up in the kitchen feelin fully dressed.
She just had to go to work, and he just had to go.
And she knew where and he knew how to blow it off and so.

They shot the breeze quite cavalier to the boilin' of the pot.
And sang the Instant Coffee Blues and never fired a shot.

And him he hit the driveway with his feelin's in a case.
And her she hit the stoplight and touched up her face.
So you tell them the difference between caring and not.
And that it's all done with mirrors, lest they forgot.

I said it's all done with mirrors, of which they have none.
To blend the instant coffee blues into the morning sun 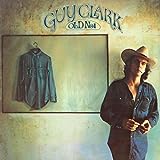