Rousseau walks on trumpet paths
Safaris to the heart of all that jazz
Through I bars and girders-through wires and pipes
The mathematic circuits of the modern nights
Through huts, through Harlem, through jails and gospel pews
Through the class on Park and the trash on Vine
Through Europe and the deep deep heart of Dixie blue
Through savage progress cuts the jungle line

The jungle line, the jungle line
Screaming in a ritual of sound and time
Floating, drifting on the air-conditioned wind
And drooling for a taste of something smuggled in
Pretty women funneled through valves and smoke
Coy and bitchy, wild and fine
And charging elephants and chanting slaving boats
Charging, chanting down the jungle line 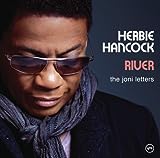