[Ice Cube:]
When you see me on ya block, call the police
Let them motherfuckers no here come the beast

Oh, in the late night hour

[Ice Cube:]
Straight out of Compton, a crazy motherfucker named Ice Cube
And I'm rollin' with the motherfuckin' Neptunes
When I'm caught off, I got a sawed-off
A midget bitch that'll suck a niggas balls off
You too girl if ya fuck with me
I'm gettin' head in the lane doin' sixty
About to crash like Teddy Pendergrass
Mama said a hard head make a tender ass
To all the dogs that bark a lot
Who don't give a fuck if it's dark or not
We'll be creepin' in the parking lot
Motherfuckers don't know if I can park or not
Cause I circle like vultures, La Costa Nostra
Bumpin' all the baddest bitches like I'm 'posed to
What's yo name, what's yo number and ya culture
You need nuts in yo face like a poster

[Ice Cube:]
Fuck the police comin' straight from the underground
Fuckin' pig wanna act like he like me now
In 86 same bitch tried to lock me down
And motherfuckers wanna ask why I'm cocky now
To all the bitches that think they bootylicious
I think they nutritious, I think they do dishes
I'm makin' three wishes or takin' they pictures
And spendin' they riches and fuckin' they bitches
Egomaniac, lil' homies call me brainiac
Ice Cube's an asshole and it ain't a knack
So take a hit of that and remember that
Where my motherfuckin' niggas and my bitches at
In the late night hour hit the front to back
Check the motherfuckin' rims on the Cadillac
On the ass attack, can you keep it tight
And if the head right, nigga there every night 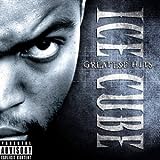