Look at that lil' ass Westside doped out
insane-in-the-brain little nigga servin caine
Use to have to axe could he cross the street
now he's rollin in a Gee, the Gee is on E
He's quick to hit you up with the two fingers spreaded (Wassup?)
Don't roll that shit (Wassup?) and hold that shit (Wassup?)
Now you know what fuckin set he's claimin
A wild little nigga and it ain't no tamin
And just when you think everything is calm
that motherfucker is the first to bum
like bang, ping, catch you with the sleeper
He'll draw down and then check his beeper
He's clockin them chicks and bucks
Gettin, his little dick sucked by the, clucks
And will he do dirt? Fool oh please
Little locs are harder then the OGz
You fall to the ground and beg please
Just got served by little niggas on the 10-speed
12 years old, got bumps they can't keep
A straight killer, a fool, a lil ass gee.....

God damn, it's a trick
Use to have the G.I.Joe with the kung-fu grip
Now he's straight Crip, or Blood
Now ya sag, you use the blunt
Now ya known as the favorite groupie
Goin to camp and it ain't Camp Snoopy (Wassup?)
But I ain't surprised
It's 12 months later, year, I see you got a little size
You motherfuckin crook
You want respect cos you didn't get'cha manhood took
Drinkin that 'yac like it's no tomorr-y
Westside hustler fucker-tory
In the jail and it ain't no thang
Can't wait til you get 22's on the hang (Uhh)
A underage boy that's lookin tossed
And that's ya idea of who you hide
All you want for Christmas is guns and drinkers
Little nigga nuttier than a Snicker
You don't wanna be like Mike, you wanna be like me
A fool, a killer, a lil ass gee......

See, I knew it wouldn't be long
They got your ass stretched like Stretch Armstrong
In the one-man cell, it got'cha thinkin
Sendin more kites than Benjamin Franklin
20 years old but ya still a veteran
Won't touch down til we're livin like the Jetsons
Proud of ya self, because ya done done it
Gotcha 22's and your name on your stomach
Never even think about a woman to fuck
Rather stand in lin eor bust the ass of a young buck
Got stuck, now you're bleedin
Hospital ward, is got your reading
Learn about the knowledge of self ya see
that ya mad enough to go and stick the death to these
See, it ain't about bein hard
But that's whatcha tell the little homies in the yard
Ya already done did 10
and wish you could start all over again
Brand new inmates and who do ya see
Your baby brother in shackles, a fool, a lil ass gee.....

A fool, a lil ass gee
Yo this go out to the little hardhead homies
who probably gon' see more, ahh, assholes than pussyholes
when they get you in that system 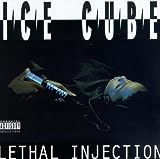