"Please...Really, I don't wanna bother you sir, but it's such a pleasure to have you on board.
May I have your autograph for my daughter?"
"Yeah baby right after Igo to the toilet
I i'll give you a couple of'em
Cause i'm a V.I.P!"

Now,one thing about V.I.P is,is they never seem to be alone
Ooohh no!
The "true" V.I.P must travel with an entourage!
People who say "Right on boss"
Cause it's a V.I.P!
Right on boss
I'm a V.I.P!
As i began to realise that i had gained V.I.P status,
worries began to creep in
What if one day,i woke up,and i was no longer a V.I.P?
No more good tables at the restaurants...
No more strange women smiling and approaching me on the streets...
No more top notch booty
No more entourage to say "Right boss"
I began to have nightmares
And in my nightmares, I was just a fucking nobody.
Laying at the beach, imagining myself being a VIP!
Just like i was before...
Hearing the applause in my head
Beautiful warm embraces of superior members of the female gender... 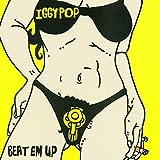