I had my dream, I held your hand on that broad avenue
We crossed the road and never spoke to another as we flew
We left your man alone in drag laughing there at us
A romantic bust, a blunder turned, explosive blunderbuss

I laid you down and touched you like the two of us both needed
Safe to say that others might not approve of this and pleaded
"So selfish them" would be their cry and who would be brave to argue?
Doing what two people need is never on the menu 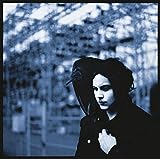