I met him at the state store, he was tryin' ta holla
I ain't care if he was old enough to be my father
I knew his wife and went to school with his daughter
He was the boss that I knew went harder

Gave me my first taste bud, I had to take it farther
I mean I had to go harder

I started callin' up his crib just to get him
And I ain't even care, asked his wife if she was with him
Came home late and he got into a fight
And he called me that night

He said he never want to see me on the block
I said, "I don't need you but I need that rock"

I couldn't take it so I had to go see him
Stole my momma car and drove around all evening
And when I found him, I thought that he would lace me
I ain't got no money but you know I'll let you taste me

He pulled his gun out and told me I was stupid
I started crying, prayed to God, he wouldn't do it

I met this chick in Philly who said she like to sing
I ain't mean it but I said that it was good she had a dream
My daddy used to beat my momma, saw it everyday
So when I got with her I did the same thing

He always used to say, you gotta keep a bitch tamed
So I never let her sing
And every chance I got I told her if she ever left me
I'll kill her, that's how I made her respect me
Forget me, never, made her believe, it don't get no better

I told her it was crazy out there
She said she don't care but she can't stay here
The last time I hit her, she went into the kitchen
I ain't pay her no mind, ain't even know that she was missing

I really need to know if you are there
If you could just, just hear a sinner's prayer
You could remake me
(Remake me)
Oh, just save me
(Just save me)

I promise if you get me through this, I'll change
I need to be set free

Oh, if you're really there 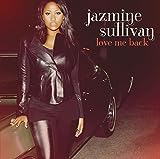