In long years of ancient time, stood alone a friend of mine.
Reflected by the ever-burning sigh of a god who happened by.

And in the dawn, there came the song
Of some sweet lady singing in his ear.
Your god has gone, and from now on,
You'll have to learn to hate the things you fear.

We want to know, are we inside the womb?
Of passion plays, in thy righteousness consumed?
Or just in lush contentment of our souls?

And so began the age of man,
And they left his body in the sand.
Their glasses raised to a god on high,
Who smiled upon them from the sky.

So take the stage.
Spin down the ages.
Loose the passion.
Spill the rage upon your son
Who holds the gun up to your head.
The play's begun.

Then God, the director, smells a rat.
Pulls another rabbit from His hat.
Sniffs the air and He says ''Well, that's that--I'm going.'' 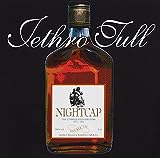