Ripping along towards middle age
And my music career kind of missed a page
Record sales began to drop
The management all began to hop
Not worry, they said, you'll see
What you need is some fresh publicity
Just give us a nod and we'll all leap
Towards putting you back at the top of the heap
I said, Fine, I'll give it a whack
I hung up the phone and I turned my back
Began daydreaming I was somebody else
When the phone jumped over from the wall to the shelf
We just had a break, this is really fine
We can make the January issue of TIME
If you'll give us Monday, a week from today
From two to four, now what do you say?

I said, TIME, TIME mag, mag
You got me on the rag, rag
Take your insults about the queen
And shove them up your royal Timese machine

But I scribbled it down on the wall calendar
And wondered about my interviewer
Maybe he'd be just a real nice guy
Bright and sympathetic with a roving eye
We'd forget all about the assignment due
Formalities, photos, and the interview
We'd hop on into his big rent-a-car
Go for a lovely drive, not far....maybe France
As the big day approached it slipped my mind
Till my secretary showed up at the house to remind
Me to switch into gear for the big coup de gras
The meeting with the man from the media
I swept the driveway and polished the phone
Put on a Kenzo knit in two-tone
Fluffed the pillows in the burgundy chair
Made up my eyes and brushed my hair...all in that order
When he called to say he was three hours late
My cheerful facade began to disintegrate
The photographer'd be even later still
She was hopelessly lost in the nearby hills
He arrived not exactly the man of my dreams
Not bad for a rep from the Timese machine
Asked me a wandering question or three
And I thought he was actually listening to me

And I said, TIME, TIME mag, mag
You got me on the rag, rag
Take your insults about the queen
And shove them up your royal Timese machine

Curious about his interest
I babbled my way through the worldwide list
Ireland, Chile and the African states
Poetry, politics and how they relate
Motherhood, music and Moog synthesizers
Political prisoners and Commie sympathizers
Hetero, homo and bisexuality
Where they all stand in the nineteen-seventies
Then suddenly it stopped and he started to lobby
Said, Tell me some inside stuff about Bobby
Bobby who? I smiled and said
And the TIME man's face was laced with red
I know you guys used to know each other
I know you refer to him as being your brother
And I know that you know where he's coming from
I said, You know alot for being so Goddamned dumb

And I said, TIME, TIME mag, mag
You got me on the rag, rag
Take your insults about the queen
And shove them up your royal Timese machine

Well I never gave him quite what he came for
The inside story and it's really a shame
For I never made the January issue of TIME
And just before I run out of words that rhyme
I really should tell you that deep in my heart
I don't give a damn where I stand on the charts
Not as long as the sun sinks into the west
And that's going to be a pretty serious test.....of time 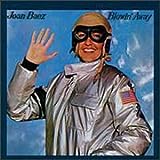