The clock was stickin' close to ten
The mailman came runnin' in
He said, "Any-body here named Johnny?
I got a Special deliv'ry for him."
"It's from a woman he knows
It's from his Bayou Rose
The girl of his dreams
Wants a wedding ring"
...Love Rosie
"I've got a letter for him" 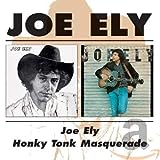