Well he asked me some questions of things that I'd done
But I kept it good natured, we were just having fun
And we talked about everything under the sun
And the Easter bells were chiming

Well the man approached said what are you staring at
And that if we didn't stop gawking he'd take us out back
And teach us some manners, it was simple as that
Keep your eyes to yourselves, you bastards

So I looked up and said why don't you just sit down
You're walking here, sir, on very thin ground
There's nobody gawking or looking around
And you're alarming all of the patrons 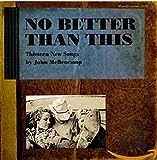