Henry worked at Sears or somehwhere,
Theo did, too.
They both got themselves a van together;
Nineteen seventy-two, Ford.
Drove around all night long playing music very, very loud.
Big noise, all the time;
Little legends in a little town.

Couple of wild boys
They told me they could hear the grass grow.
Theo used to say, hey Henry, man,
I'm screwin' this cat.
You're just holdin' it.
I never knew what they was talking about
But they laughed like they both thought it was funny.
Theo and weird Henry went chasing after something
And neither one of them believing in nothing.

Moments in time they shared together,
Called themselves the "He-man women lovers club,"
Throwin' pop bottles against the wall just to get some attention.
There was a moment in time they swore they were friends until the end.

Theo's out there living it up doing a little earth shaking -somewhere.
Henry sent a postcard from a better place
But I can see them both sitting there laughing and breathing.
I can still see that smile on weird Henry's face. 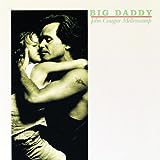