Well, they gave him his orders at Monroe Virginia
Saying, "Steve, you're way behind the times"
This is not 38, this is old 97
So get her into Spencer on time
Well, he turned around and said to his old greasy fireman
"Shovel on a little more coal
When we cross that big, white mountain
You'll be watchin' old 97 start to roll"

Well, it's a mighty long road from Lynchburg down to Danville
On a line of three-mile grade
It was on that grade that he lost his airbrakes
Shoulda seen the jump he had to make
They were going down the grade at 90 miles an hour
When the whistle broke into a scream
He was found in the wreck with his hand on the throttle
Scalded to death by the steam

Well, a telegram came from Washington city
And this is how the telegram read
That the brave engineer in the old 97
Is layin' out in Danville, and he's dead 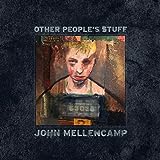