The second came a shadowy hustler
Selling anything not nailed to the ground
He put a price on my resistance
And if it's high, I know he'll be marking it down 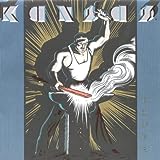