[Skit: Megan Thee Stallion]
See, this the best motherfucking pussy a nigga ever had in his motherfuckin' life
This the type of pussy that make a nigga not even think twice
This nigga run into this pussy so fast
You woulda thought the motherfucking police was chasing after his ass, alright?
I don't even be asking for shit
The nigga just asks to pick me up some shit
He just wanna go buy me shit, the pussy so motherfucking good, alright?
Ah 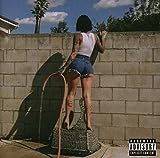