Ten million stories in the city, ten million backs against the wall
Desperation's out tonight, you can cut it with a knife
Everybody wants to have it all
Well they tell you that the world is rough
But they never rocked it hard enough

Nobody said that it was pretty, you haven't got a penny or a prayer
You know it's gonna be a fight, if you wanna see your name in lights
Ain't nobody gives a damn out there
Well you got your guts, you got your pride
But you'll never let them see inside

(Spoken:)
Well you don't believe in the books and rules
'Cause you just believe in what you know is cool
Well they tell you that the world is rough
But they never rocked it hard enough - I can't hear you

They just don't understand, you gotta fight to be a man 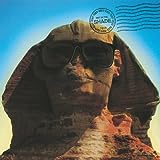