Billy was a good friend of mine
We grew up together ever since we were nine
We went to school, he was my best friend
And I thought our friendship would never end

In highschool he played football
And me, I didn't do anything at all
He made touch-downs, while I played pool
And no one could figure out, which one of us was the fool

Billy stayed there, became an intern, then a doctor
Then war broke out and he had to go
But not me, I was mentally unfit or so they say, so, so

When he came back, he wasn't quite the same
His nerves were shot, but not me
Last time I saw him, I couldn't take it anymore
He wasn't the Billy I knew, it was like talking to a door

Billy was a friend of mine
I grew up with him ever since we were nine
We went together to school
And now I often wonder, which one of us was the fool 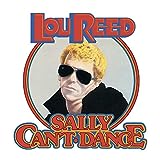