Americans don't care too much for beauty
They'll shit in a river, dump battery acid in a stream
They'll watch dead rats wash up on the beach
and complain if they can't swim

They say things are done for the majority
Don't believe half of what you see, and none of what you hear
It's a lot like what my painter friend Donald said to me
"Stick a fork in their ass and turn them over, they're done" 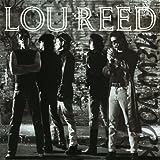