I've declared a truce, so stop your fighting
The marshall is in town
I won't put up with no big mouth yapping
At least not while I'm around
This is my friend Ace, he's from the 8th precinct
Nothing goes on that he don't know
And we've been send cause your arguments
Have been going on for too long
And before one of you hurts the other one of you
I'm declaring martial law

I came, I saw, I declared martial law
I'm the marshall in the city
The jails are filled with people like you
You oughta listen to your diddy-wah-diddy
What's a girl like you doing with that lamp
You better drop it down on the floor
And, son, that isn't very smart, kicking a hole in that door
Hey Ace, will you take a look at this place
And get those neighbors out of the hall
I'm declaring martial law

I came, I saw, I declared martial law
I'm the marshall of the city
And if you stand away, I've got something to say
That might even help you

Keep your hands to yourself and keep your big mouth shut
Don't touch nobody with hate
And if all you've got is poison in your mouth
Make sure that you don't speak
It's 3:30 in the early morning
Don't punch, don't scratch, don't bite
Try not to take the garbage of the day
Any place but outside

Now me and Mr. Ace are gonna leave this place
And this fighting's gonna end
And if we're called back, I'm gonna knock you flat
And stack you end to end

I came, I saw, I declared martial law
I'm the marshall in the city 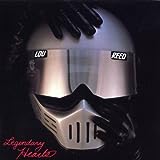