Sometimes you're like an eagle strong like a rock
other times it seems you get unlocked
And all your worst fears come tumbling out
into the street, into the snow

Now your friend Godfrey is a perfect choice
one minute down next time rejoice, he seems -
- To have found the perfect voice
paranoia key of E

Let's play a game the next time we meet, ah
I'll be the hands and you be the feet
And together we will keep the beat
to paranoia key of E

Anorexia is in G flat
and F is anything I've left out
Dyslexia, kleptomania and vertigo
patricide A, matricide D the same schizos 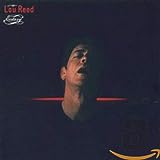