Hey, that cunt's not breathing
I think she had too much of something or other
Hey, man, you know what I mean
I don't mean to scare you
But you're the one who came here
And you're the one who's gotta take her when you leave
I'm not being smart or trying to be pulling my part
And I'm not gonna wear my heart on my sleeve
But you know people get emotional
And sometimes they just don't act rational
They think they're just on TV - sha la la la, man
Why don't you just slip her away
You know. I'm glad that we met man
It was really nice talking
And I really wish there was a little more time to speak
But you know it could be a hassle
Trying to explain myself to a police officer
About how it was that your old lady got herself stiffed
And it's not like we could help
But there's nothing no one could do
And if there was, man, you know I would have been the first
Only, someone turns that blue
Well, it's a universal truth
And you just know: That bitch will never fuck again
By the way, that's really some bad shit
That you came to our place with
But you ought be more careful round the little girls
It's either the best or it's the worst
Since I don't have to choose, I guess I won't
And I know, This is no way to treat a guest
But why don't you grab your old lady by the feet
And just lay her out in the darkest street
And by morning, she's just another hit and run

You know, some people got no choice
And they can never even find a voice
To talk with that they can even call their own
So the first thing, that they see
That allows them the right to be
Why, they follow it
You know, it's called bad luck 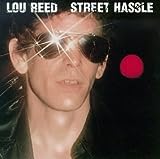