Baby's in the box, he thinks the door is locked
He finds it hard to breathe, drawing in the sea
And where's the heroine to fire off the gun
To calm the raging seas and let herself be seized by the

Baby in the box, he thinks the door is locked
The woman has the keys
But there is no moment she can seize
Here's to the heroine, who transcends all the men
Who are locked inside the box
Will the lady let them out
Ooohh the heroine, ooohh the heroine
Strapped to the mast, the pale ascendant heroine ... 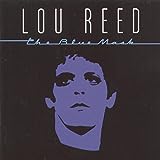