He said, "you must be my opening act."
She said, "I've heard a lot about you."
They made small talk about her direct box
And all those record company blues. 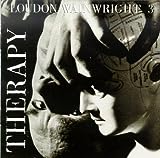