Yeah it might have started back with Jack Kerouac
Probably more than likely it was Maynard G. Krebs
It's the four letter word that used to mean 'as if'
And the meaning's covered in cobwebs
Cobwebs

It's been taught and, God,
What have we wrought?
Give a listen here, what do we dig?

Doesn't anybody care or am I the only one?
Am I just stuck back in some kind of a past?
Maybe it's harmless but it feels like a virus
And it sounds like it's catchin on fast
Cobwebs
Cobwebs 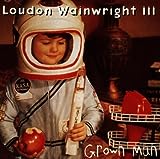