When you were alive, I was never alone
Somewhere in the world, there was something called home
And as long as you lived, I would be allright
There were reasons to win, and incentives to fight
Now I'm smoking again. I thought all that was through
And I don't wanna live. But what else can I do

And I feel like I've faked all that I ever did
And I've grown a gray beard, but I cry like a kid
I was seven when I sang you'd rosin the bow
There in Aunt Mary's kitchen and I don't guess I know
That it's why I've done this for all of this time
But now I'm playing and singing, seems a game or a crime
People have called to find out if I'm fine

I assure them I am. But I'm not - it's a lie
They say in the end, your good friends pull you through
But everyone knows, my best friend was you.

Hey, I've gotten some help. I guess I was afraid
You suppose something will happen when someone is paid
But I am getting better once again I'll be strong
After all, listen, I'm singing this song

Now I feel like I'm homeless but I will be alright
I'll get through the days. I'll face-down the night. 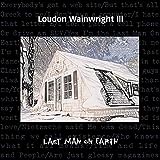