If the day off doesn't get you
Then the bad reviewer does.
At least you've been a has-been
And not just a never-was

And you know it's not a mountain
But no mole hill is this big.
And you promise to quit drinking
As you light another cig.

Once again you're in the home stretch
But you're not sure where you live.
You recall a small apartment
And a government you give
Large amounts of money to
So you're allowed to stay
And rest until you're well enough
To leave again and play.

You are making human contact
With the postcards that you send
To the children of your ex-wifes
And a woman, your girlfriend.
Who is living in a city
Thousands of miles away
That is full of young male models,
Not all of whom are gay.

In the meanwhile you've stopped writing songs,
There's nothing left to say.
You'd like to get your old job back
And mow lawns again one day.
But you keep lifting up your left leg
Sticking out your tongue.
There's nothing else that you can do
And you're too old to die young!

Too many beds, too many towns,
Not much to declare zones.
London broils and Tuna Melts on dirty microphones.
While the sound man's falling fast asleep,
The light man's been up for days,
The club owner and arithmetic
Have long since parted ways.

As for the lovely audience,
Tonight they're rather cold.
But they're prepared to listen,
All they have to be is told.

If the day off doesn't get you
Then the bad reviewer does.
At least you've been a has-been
And not just a never-was. 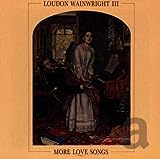